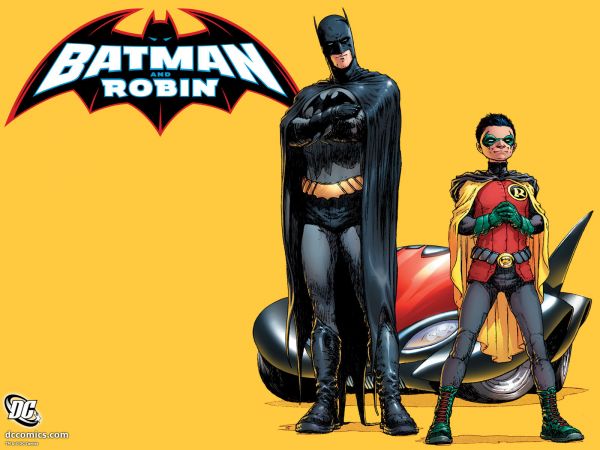 Perhaps the title of this news post is a stretch, but you can't blame us for hoping.  The rumors begin at imdb.com, which lists Vincent Martella as playing the voice actor for Robin in the sequel to last year's "best Batman game ever", Arkham Asylum.

Granted, imdb.com is hardly a reliable source, and Robin seems an odd fit for the gritty, dark tone of the first game.  But Batman and Robin are one of the classic co-op teams of all time.  Could some form of co-op be coming in Arkham Asylum 2?  An older, more experienced version of Robin (a la Nightwing) might just work.  Then again, it's probably most likely that Robin is just an NPC.  What do you think?  Would the Dynamic Duo work for Arkham Asylum 2, or is this Batman better off alone?