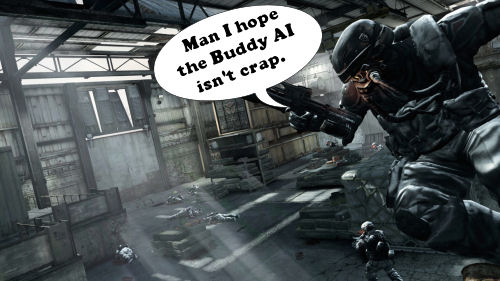 It looks like yesterday's rumor was shot down already.  In an interview with PSU, Guerrilla Games game director Mathijs de Jonge has said that even though co-op was originally planned in some form, it simply wasn't possible due to technical limitations.

Mathijs states that things like streaming loading off the disc would cause issues with "teleporting players" making it "quite difficult to implement."

Of course if we do see the rumored DLC shortly after launch, well then, Mr de Jonge has some splainin' to do!