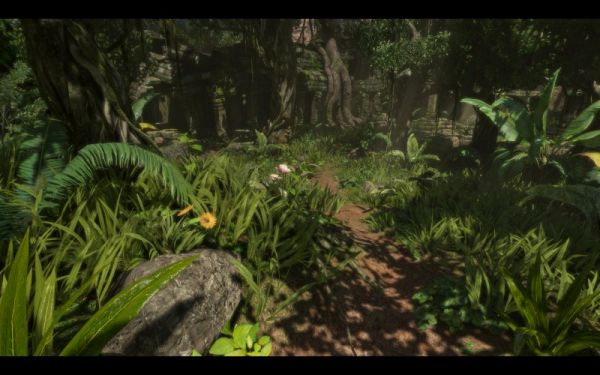 What you see above is the first screenshot from the latest version of the Unreal Engine, the graphics engine that powers all games created by Epic Games, including the Gears of War series.  In fact, Epic unveiled a trailer that shows off the famous Brumak walking through the jungle under some pretty heavy weather.  It's quite impressive looking, especially running in real time.

Could it be a hint of things to come for the next Gears game?  A co-op Gears in the jungle with foliage for cover?

Whatever it is we won't be seeing it this year, as Epic VP Mark Rein confirmed to G4TV that the studio won't have a game out this year.  If rumors hold true though, Gears 3 will see an early 2011 release instead of a Fall release like the other games in the series.   The source suggests that a teaser trailer will be revealed on April 8th and will mark exactly 12 months prior to the release of Gears of War 3

The only jungle co-op we'll be seeing this year is in Capcom's Lost Planet 2.