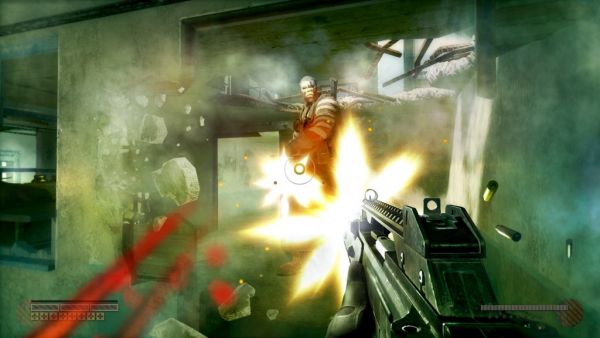 If you're new to Co-Optimus, you may not be completely familiar with our everyday language and attitude. Here's a hint: we love co-op. We claw and scratch for it, and when we get it we critique it to make sure it was given justice. On the chopping block today: Bodycount, which we already confirmed will be getting a separate co-op campaign.

So far, only online co-op is confirmed, with no player count yet. Nonetheless, our attention is firmly fixed on this game, mostly due to the direction of Codemasters' Stuart Black - he was the main player in the development of Criterion's Black and the inspiration for its name. Despite the lack of multiplayer or co-op, Black was a short and very sweet affair that pushed hardware limits and made a niche spot for itself.

Reinforcing the game's arcade credentials is a kill chain multiplier – get that eponymous Bodycount ticking over steadily and skills and abilities will be unlocked, be that Helicopter strikes, Predator Drones or access to a mini-gun. It's a mechanic that's going to be present in the game's separate co-op campaign, although there are few other details on how that slice of the game will play out.

IGN also got a glimpse of the cover system, which shoves iron sights off of the left trigger in order to provide more fluid movement into cover:

With the iron sights moved to a click of the analogue stick, the left trigger is given over to attaching to cover. So far so Killzone 2 you might think, but once attached to cover the left stick enables total freedom to pick in and around objects - one thrilling example in the demo sees Doe hulk behind a pick-up truck, peeking up to shoot through the driver's cabin.