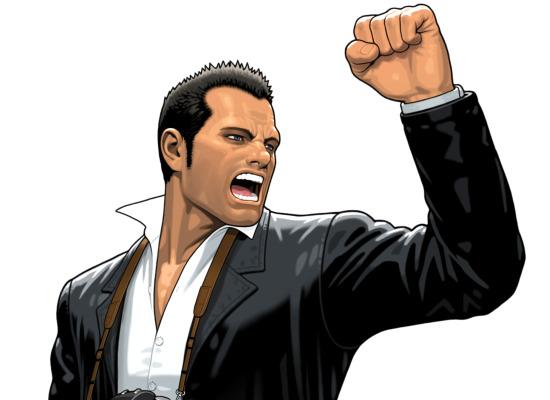 With a release date of May 18th, the hype train for Lost Planet 2 is in full motion, and I for one will be at the station come release day.  In recent weeks we have had trailers, footage, and previews, but what is also apparent is that this game will have more skins than a snake charmer’s terrarium.

At first it was Marcus Fenix and Dom Santiago from the Gears of War series, then Wesker from Resident Evil, but they lack a certain something.  What is the point of having Marcus’ massive gun or Wesker’s inhuman strength when there is no around to capture the magic?  Therefore, I choose Frank West, the photographer hero of Dead Rising.  Frank has just been announced as another available skin in Lost Planet 2.  With his camera skills I am sure that he will be able to capture this clash of man, machine and alien, in a Vogue-esque photo shoot.

What other Capcom characters would you like to see in Lost Planet 2?  With an abundance of machinery in the game, surely Mega Man is an obvious choice?  Personally, I would like to see Chun Li, from the Street Fighter series, laying down a Spinning Bird Kick on some alien posterior.