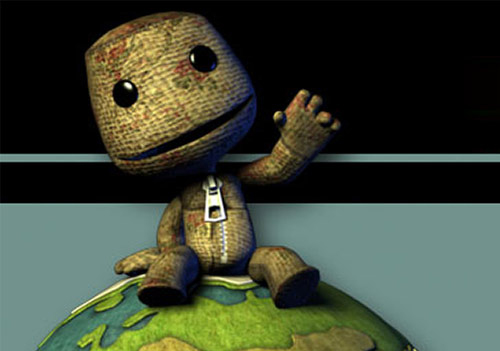 You've gotta love Sackboys, but they are an odd mascot for the Playstation 3.  While the PS3 resembles an onyx monolith with it's slick surface and shiny edges, Sackboys are warm, fuzzy, and cuddly, with huge appeal to atypical gamers.  Then again, Sony is apparently aiming to cater to that more casual market with Move, and Sackboys likely appeal to that demographic.

It appears that Move and Sackboy will unite in LittleBigPlanet's sequel.  Though the game hasn't quite been officially announced, a Sony Europe official revealed that Playstation Move will be supported in LittleBigPlanet 2.  As innovative as the first LBP was, Move seems like a great fit and it will be interesting to see what Media Colecule does with motion control.  Could anything be more casual friendly than waggly Sackboys?