This week in Co-Op Classics, I have to give a big thank you to Co-Optimus user wayspooled.  He recently posted a list of co-op games in the forums, and one of those games in particular got me all misty eyed when I saw it.  A glorious mix of Duke Nukem and shiny, real 3D graphics, Serious Sam was a seriously great game.

It's hard to believe that its been so long since Serious Sam came out.  7 years have passed though, since it debuted.  I have to say, even after loading it up this week, the game still looks and plays great.  Typically, I am not an FPS fan, being quite slow on the twitch aspects of games (even worse as I get older, and you kids STAY OFF MY LAWN).  However, I have great memories of LAN parties playing Duke Nukem 3D for hours, and when I saw Serious Sam, it looked to continue the level of highly sophisticated level of humor that the Duke himself employed.  So, based on that, and its fairly low price for a new release, I picked it up. 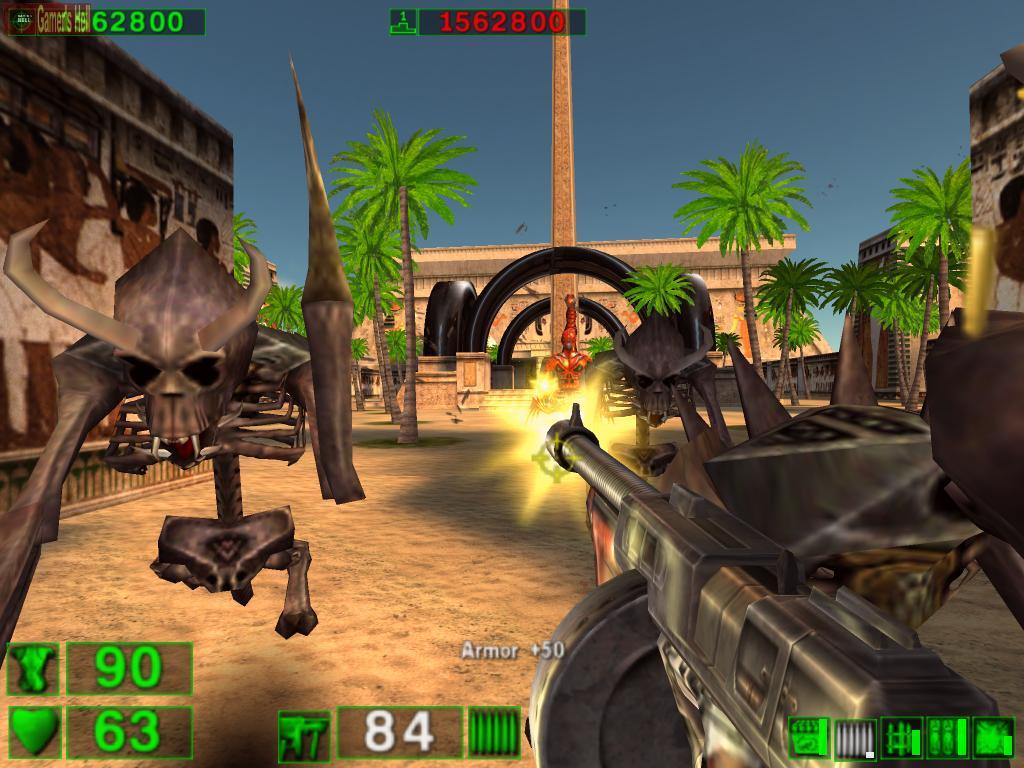 I really was unprepared for Serious Sam, though.  Yes, the title character had a lot in common with Duke Nukem, and the lowbrow humor was enjoyable, as well.  However, the engine for this game was breathtaking.  Most shooters had dark, maze-like, almost claustrophobic  levels where it was easy to get lost.  Serious Sam was the polar opposite, with huge, panoramic environments.  Lush jungles that went on forever, grand pyramids that stretched to the sky, and some excellent sun and cloud effects were amazing. 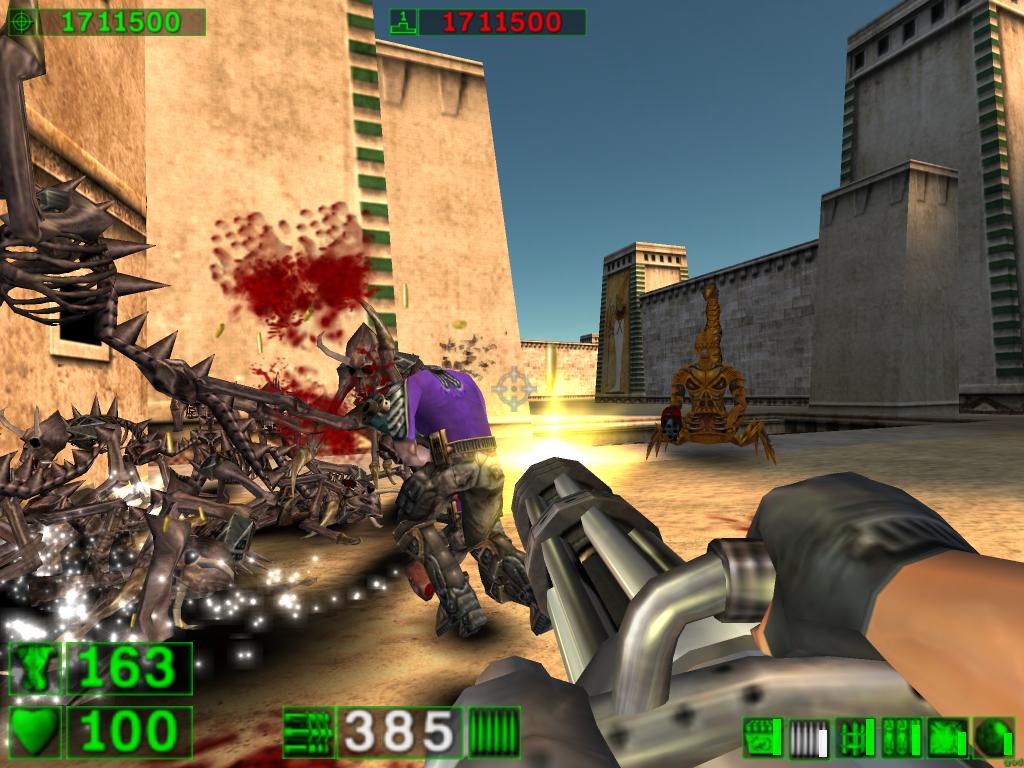 Even more amazing were the enemies.  Now, while I like headless guys as much as the next guy, I certainly don't think they are particularly innovative now, nor were they then.  However, when they come at you in huge numbers, they become a bit more noteworthy.  Dozens if not hundreds of enemies could appear at once in Serious Sam, and they did it quite often.  I'll never forget the first time a headless bomber ran at me, screaming, and I killed him with one shotgun blast.  "AAAAAAAH yourself!" quipped Sam, and then the telltale scream came again, this time with a dozen or so bombers.  That was definitely an adrenaline pumping moment. 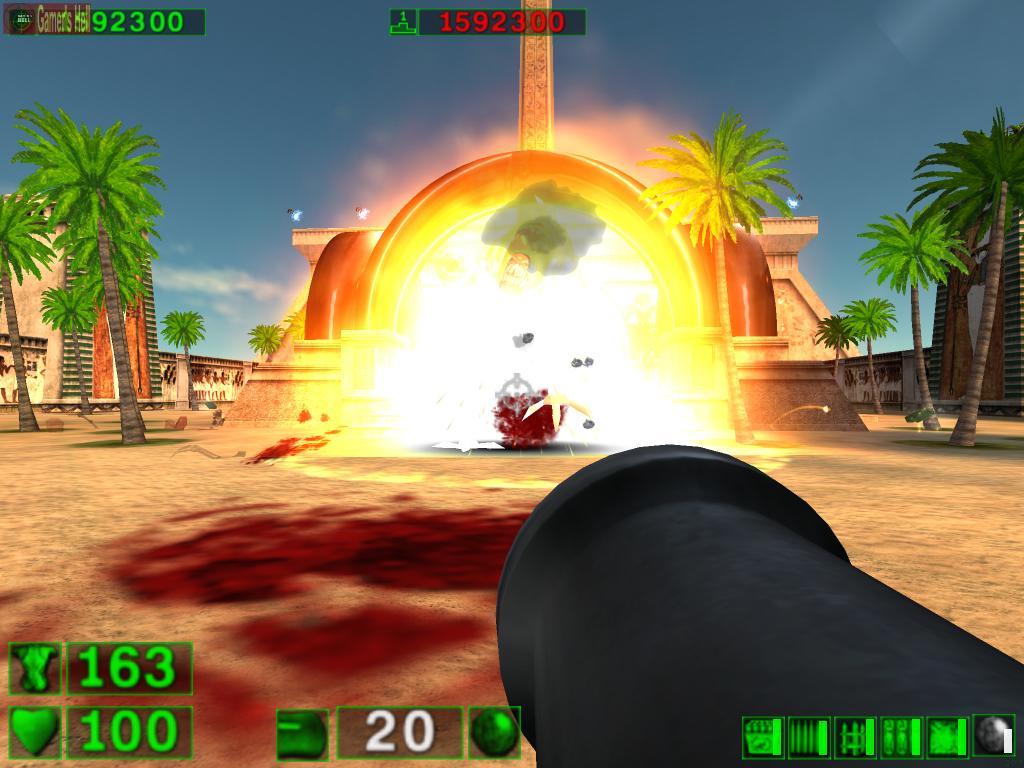 The weapons in Serious Sam were fairly typical, with one exception: the cannon.  It literally looked like a cannon from an old pirate ship, and shot huge cannonballs that went through enemies and bounced all over the place.  After bouncing a while, it exploded and did massive damage to all the enemies around it.  It was quite fun so set one off in a huge area full to the brim of enemies and watch them turn to splots of goo all over.  Ahh, the memories. 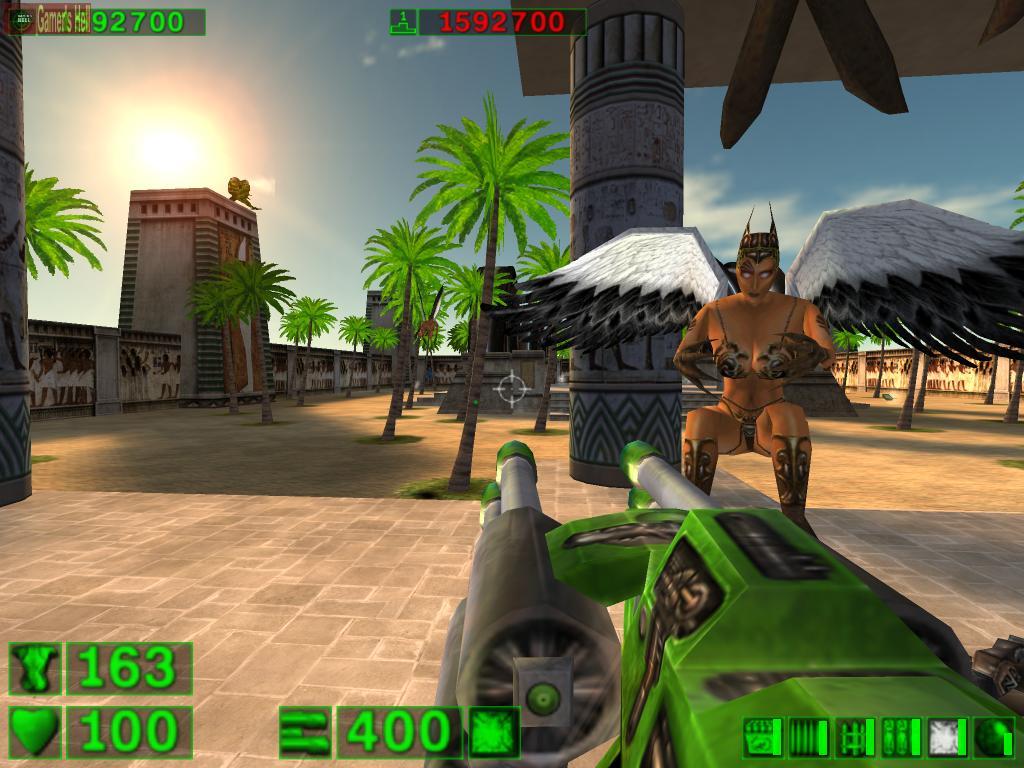 I'll never forget the first time I played cooperatively with a group of friends, either.  We took a break from Everquest (yes it has been that long) and spent an evening together.  I don't remember all the specifics, but the server we chose had a gigantic map with pyramids and power-ups spread throughout, and hordes of enemies coming for you around every corner.  It was frantic, it was chaotic, and it was also totally hilarious, even when we died repeatedly.  At the end of the night, one of my buddies said that Serious Sam was easily one of the best times he had ever had playing a PC game, and I had to agree.  Now if you'll excuse me, I have some more one-liners to deliver, and a pyramid full of crazy bad guys to destroy.