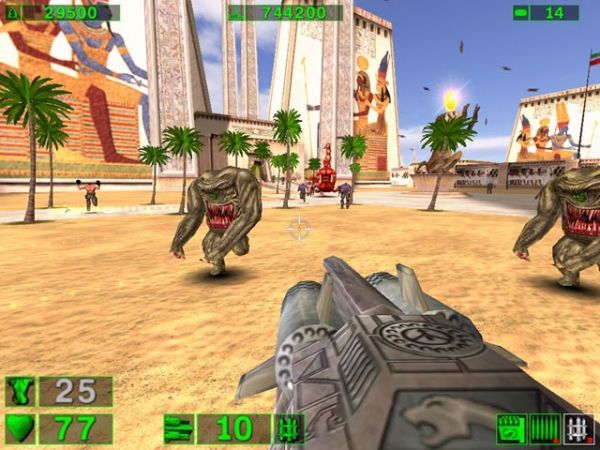 Sure the hi-definition remake of Serious Sam is out already for both The First Encounter and The Second Encounter, but sometimes we just want to re taste the original that we so fondly remember.  Sadly for a lot of PC gamers, it's near impossible to find some quality older titles - most are out of print and unless you hit EBay at the right moment, it becomes extremely frustrating to find.

GoG as its called is a website dedicated to legally re-releasing classic PC titles.  They have partnerships with over 3 dozen publishers including the likes of Interplay, Apogee, Epic Games, and more.  What's more is every game is DRM free and often comes with unique bonuses like original artwork, wallpapers, soundtracks and more.

Today GoG has announced that Serious Sam: The First Encounter is available for $9.99 with included soundtrack.  The Second Encounter is coming soon as well.   The game should still have all of its multiplayer modes in tact, so get ready to fire up a good ol fashion LAN party.  Marc had looked at the game for a Co-Op Classics piece way back in August of 2008, and that was his fondest memories of the title.