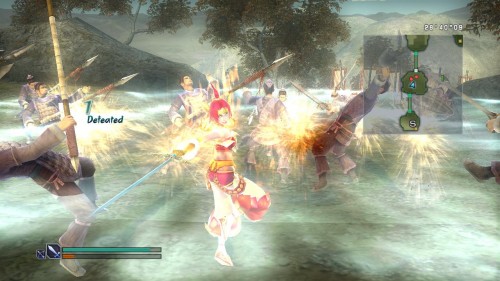 Dynasty Warriors Strikeforce really wants to get the co-op crowd playing together. An Xbox Live Gold offer gives us DLC pack 4 with three new missions added to the quest noticeboard, also available on the PSN for free. Having free DLC packs allow more gamers to play together without having them unload a significant amount of money on extra content. Especially handy since co-op buddies already have to buy two copies of the game for online only co-op. If you don't own Strikeforce, you should consider it - we liked it.

The three new missions from the free DLC pack 4 are: