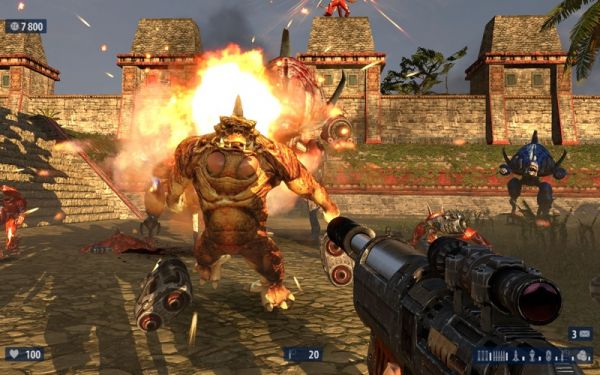 Serious Sam HD: The Second Encounter will not only include all the features found in the first title, but the team has added death match, team deathmatch, and best of all - a brand new co-op survival mode.  In traditional survival fashion you'll fend off waves after waves of enemies with your friends.

The Steam version of the game is slated for an April 28th release, and right now it's available for pre-order with a 10% discount.  But the best reason to pre-order is the ability to play as Ugh-Zan, the giant boss from the first game in both co-op and multiplayer modes.  I'm not quite sure how that's going to work, but it sounds awesome.

The Xbox Live Arcade version currently has no planned date, but should feature all of the new modes of the PC version, but with co-op capped out at 4 players.