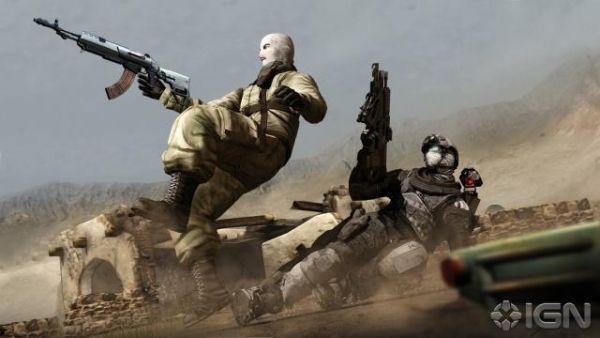 My qualifications in French are not quite good enough to read Jeuxvideo's latest rumor, but luckily CVG are on hand to translate for me.  It would appear that the French magazine has revealed that Ghost Recon: Future Soldier is going to support Microsoft's new Natal technology on release.  Natal will not be used throughout, but as part of a special game mode which will allow a player to use the thumbstick from a 360 controller with one hand, whilst waving the other hand around.  The hand movements will be used to order your troops around, military style.

This seems like a unobtrusive way of implementing Natal into a game, and also authentic to the situation.  If this natty Natal news is not enough to sate your Ghost Recon palette then click Read More for the latest images from the game, courtesy of IGN.