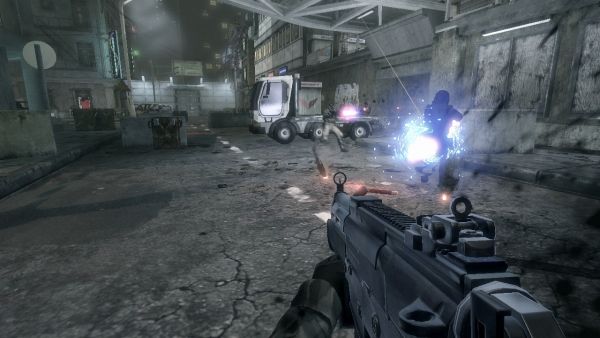 The official website for Blacklight: Tango Down just went live, and with it has come a boatload of new information and media.  While we learned quite a bit about the co-op mode of the game, called Black Ops, from our interview with producer Andy Kipling, there were some holes left to fill in the puzzle.

There's a few enemies revealed on the site, and along with facing off against The Order players will fight the infected population of Balik.  These enemies are called SIVs, these infected break down over time due to the insanity caused by the virus.  So while recently infected can use weapons against you, later on they'll simply rely on melee attacks.

Along with the carbon based life forms your team of four will be working against are some pretty impressive machinery.  There's two types of turrets, one mobile and one fixed.

The site has also begun to reveal the game's maps, weapons, gear and various versus game modes.

You might also want to keep an eye on the Facebook page while you're at it, the Blacklight Team promises exclusive reveals through that page.