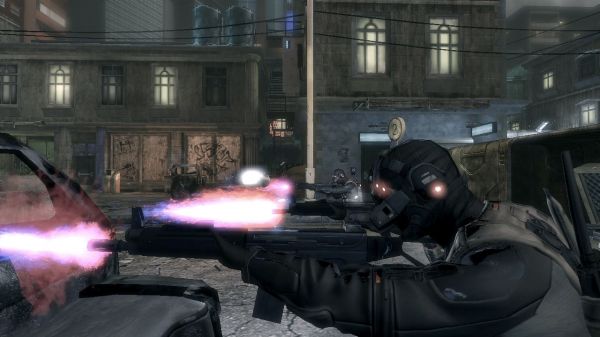 .  According to the press release the game will offer 12 maps across seven game types, including four cooperative missions and "literally trillions of weapon combinations."  Sounds like Borderlands syndrome.

Blacklight: Tango Down features players in a futuristic combat situation using a hyper reality visor which grants extraordinary vision on the battlefield.  Combined with a in depth weapon customization system, you'll have realistic weapons with a sci-fi edge...oh...and dangly things.  Because we all love dangly things.

The game is also slated to hit the PlayStation Network and PC - both of which should arrive "in the coming weeks."