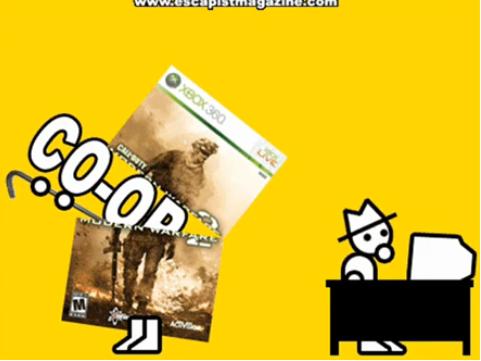 Official Xbox Magazine in the UK decided to put together "The worst co-op games On 360," list of the top five terrible co-op experiences on the 360. We, as a co-op community want a chance to chime in and hear what you have to say about this. The list is 5 terrible co-op games for different reasons; some of them are bad games, while others are just gimped co-op. Let us know what you think.

Number 5 on their list was Dynasty Warriors Strikeforce. The reason?

"[U]nderneath it all is the eventual realisation that Dynasty Warriors is perhaps best enjoyed as a solo experience."

Number 4 is Two Worlds. Now, we agree the game was a terrible experience in general, but was the co-op detrimental, or actually an improvement on an otherwise awful game?

Number 3 is Kane and Lynch: Dead Men. The reasoning here is simple - There is a serious lack of online co-op, for a game that really feels like it should be online. The Lego games may get away with couch-co-op only, but an action game of this caliber should be played by adults that may not live together (or even near each other.)

Number 2 is Mercenaries 2: World In Flames. I dunno about you, but I enjoyed the co-op in this game. Sure the game was often broken, but that was part of the charm. Right?

Number 1 on the list, one that really disappointed a lot of us, is Fable 2. The reason it made the top of the list for poor co-op experiences, is the lack of a true co-op experience. It was kind-of playing together, but not quite. It was questing together, but not quite. A lot of things about half-co-op annoys us, but none quite so much as Fable 2.

Ironically, the only Xbox 360 exclusive is Fable 2. The rest of these could easily be universally detested co-op games on the Playstation 3 as well. Give us a more solid list.  According to our user ratings, Tornado Outbreak followed Raven Squad are the worst two rated games.

What do you think are the worst co-op games in existence today?