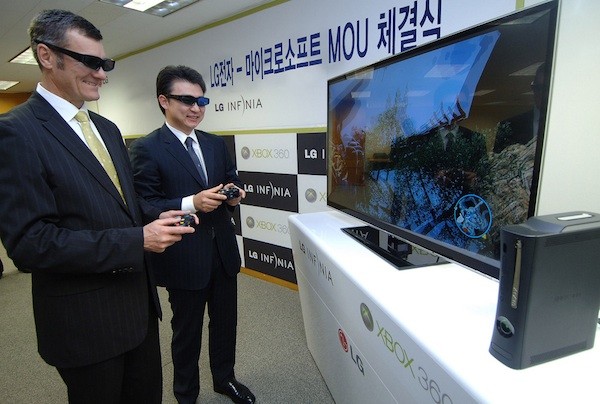 A few months ago we brought you news of Sony's new fangled technology that would allow two different gamers to view two full, separate images on the same screen.  It uses 3D glasses and wizards and stuff.  That's actually an image (below) of the working product which we saw at E3.  Not to be out done, Microsoft has jumped into the magical split screen market.

LG's "Dual Play" TV will offer gamers the two separate full screen images on the same screen, once again using 3D glasses and some type of witchery.  According ton Engadget.com, these TV's come in 47" and 55", and they'll run around three to four grand, respectively.  A second TV is still cheaper, but we shall see what the future holds.  I'm hoping for jetpacks.