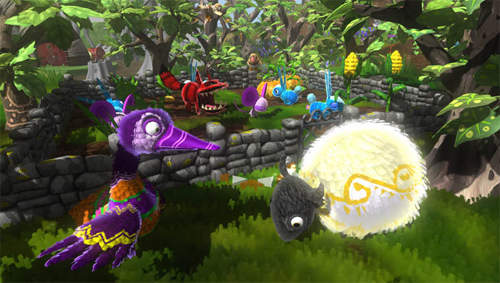 Some great news for co-op fans has popped up, and it's almost too good to be true.  A list of achievements for the upcoming Viva Pinata: Trouble In Paradise has been revealed.  In addition to your standard gardening type achievements, similar to the first game, there is a rather intriguing one called "Full House".  Worth 10 Gamer score, the achievement is unlocked after you "Play 4 Player Online Co-op for 1 hour".  If the list is legitimate, this is serious news, as 2 player local co-op was all that had been announced so far.  Fire up the cameras and get your watering can ready!