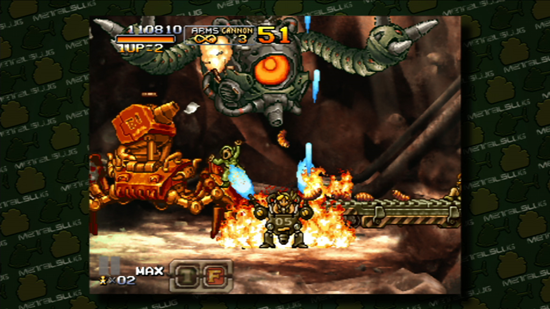 SNK has announced that Metal Slug XX, which is a remixed version of Metal Slug 7, would be coming to Xbox Live Arcade next week on May 19th in Japan.  The game features six characters, two of which are King of Fighters guests, 70 combat school missions, as well as offline and online co-op play.

While Japan was the only territory announced by SNK for the game, it does appear it could hit North America as well.  Looking at the schedule released on Major Nelson's blog for the month of May, it appears this coming week's XBLA releases are completely missing for May 19th.  Seems like a good fit to me, we'll let you know as soon as we have more info.