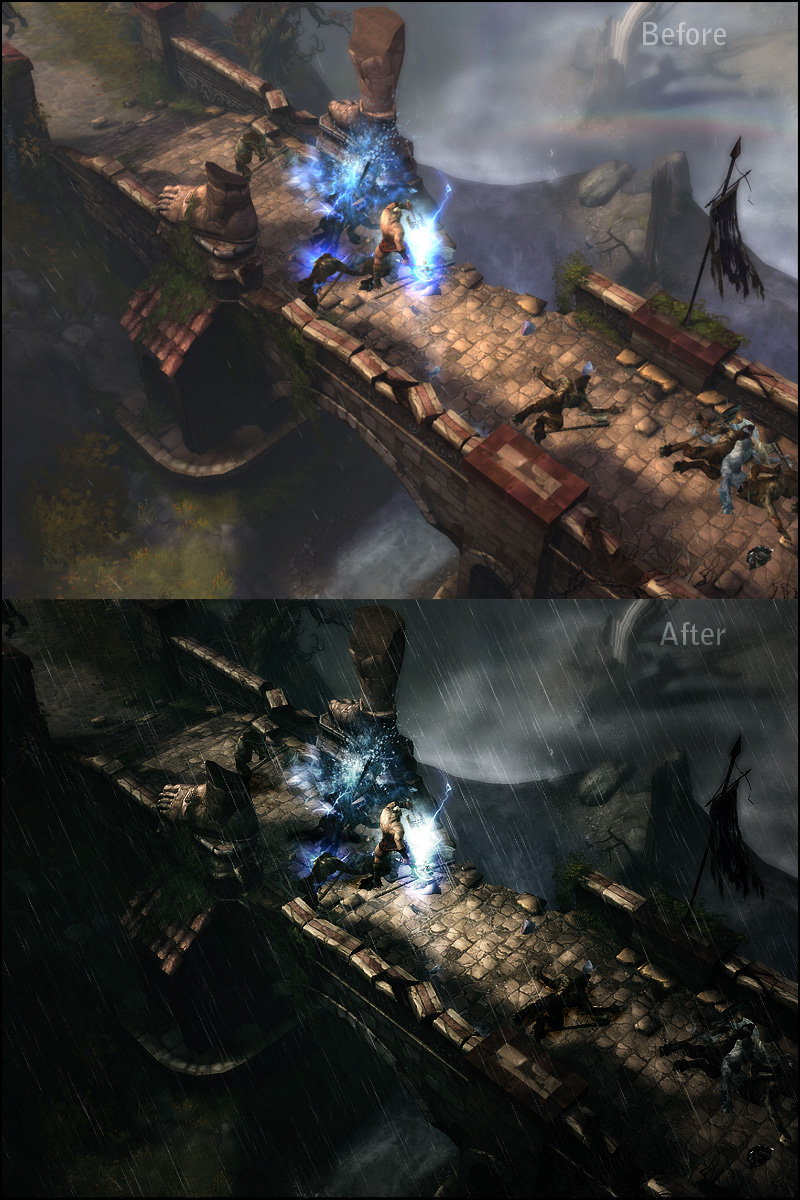 You will likely recall the recent hullabaloo over the change in art direction for upcoming blockbuster Diablo III.  If you were like me, you were too busy thinking about how much you wanted to play the game RIGHT NOW to worry about things like bright colors and rainbows.  However, as we reported earlier, a very vocal fanbase complained loudly.  A few rabid fans even whipped up some "new and improved" versions of the screenshots from Diablo III.  One of those can be seen above.  At this point, what was a laughable, fairly minor story took an odd twist.

A fellow named Brian Morrisroe recently resigned from Blizzard to "form a startup technology company (outside the game industry)".  The interesting thing about this news?  Morrisroe was the art director for Diablo III!  Most of the push to brighten things up a bit was due to his influence, according to one report.  Could the whining of the fans have possibly led to this event?

Not at all, according to Lead Designer Jay Wilson.  Wilson then responded to several of the fan Photoshop projects.  One memorable quote:

The key thing to remember here is that this has been Photoshopped. This isn’t created by the engine. Though it looks really cool, it’s almost impossible to do in a 3D engine because you can’t have lighting that smart and run on systems that are reasonable.

After looking at all those gloomy screenshots, we certainly agree.  (I don't recall the desert in Diablo II being that dark, do you?)  Still, it has certainly been an interesting turn of events.  It's too bad that we'll have to wait so long for the game; stories like this are about all we can expect for the foreseeable future.  In the meantime, Edge has a good preview of Diablo III, and Shacknews has a few morsels of screens and concept art.