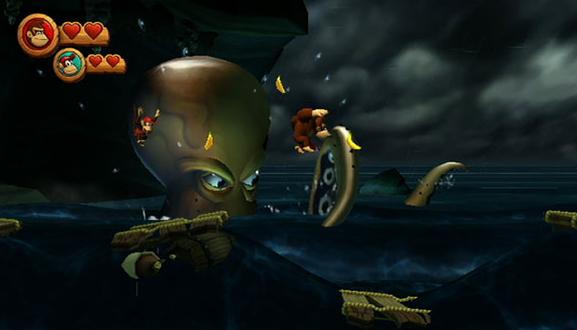 Some big news is coming out of Nintendo's conference at E3 today.  Amid the news about the new 3DS handheld (which we'll cover shortly) and the latest Zelda game (The Skyward Sword) comes news of a revival of a classic Nintendo co-op series.  Donkey Kong is coming back to the Wii!  In the quite literally titled Donkey Kong Country Returns, Donkey and Diddy will be teaming up for adventure once again.  The gameis being developed by Retro Studios, and is coming "this holiday season".  That's some fantastic news, as the Donkey Kong Country games are well regarded.  The co-op elements were a bit too simplistic in the originals, so perhaps that will be fixed in the new title.  We'll keep you posted with further developments!

Update: You can view a video as well as a handful of screenshots here.