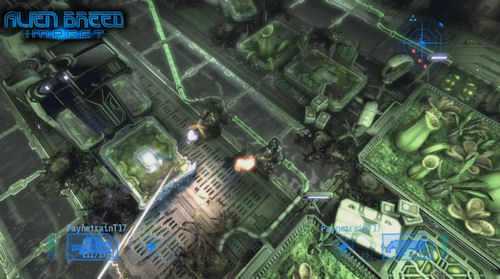 Team 17 just sent over a new trailer for Alien Breed: Impact that showcases the game's cooperative mode.  Impact has already been released on Steam, but should also be hitting the PlayStation Network soon.

Alien Breed is also offering some co-op friendly Steam deals - the first is offering a guest pass with every purchase that you can give to a friend.  This allows them to play the full game, with you in co-op, without purchasing it for one day.  The second deal is the Alien Breed: Impact two pack, which gives you two copies of the game for 25% off the normal price.  The game is normally $14.99, but the two pack will only cost you $22.48.