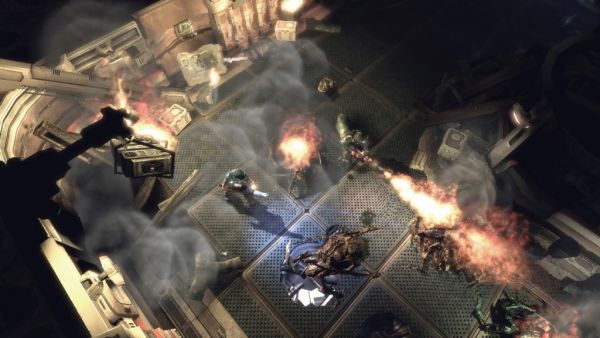 Alien Breed Evolution released right around the holidays last year in a time where the downloadable title competed with many of the biggest games of the year.  As such, it didn't do quite as well as Team 17 had hoped, and despite a solid game - the reviews fell short of expectations.  We gave the game a respectable 3.5 out of 5, though there were a few nuances that rubbed us the wrong way.  Since then we've been waiting for the PC and PS3 release of the game.

The good news Team 17 has finally announced the game will hit Steam and the PlayStation Network this summer - and the even better news is the game is getting a ton of improvements including a new name, Alien Breed Impact.  Along with the addition of vending machines, weapon upgrades, redesigned aliens, and a new campaign, Impact promises improvements to co-op gameplay.  What exactly those are, aren't detailed in the press release, but hopefully it includes a tighter integration to the game's story mode instead of a subset of sections from it for co-op play.