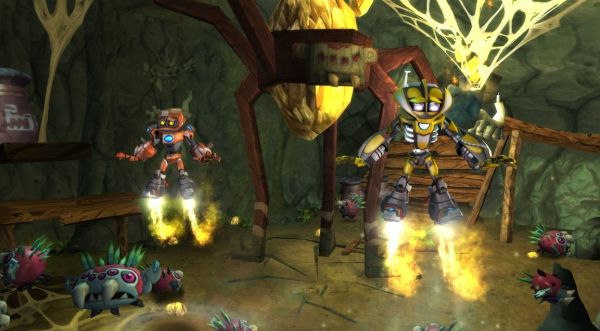 Spare Parts is a two-player co-op action game slated for this winter. With character names straight from the WALL*E playbook and a plot that facilitates collecting parts to upgrade your robot, this downloadable title has generated a few positive previews.

IGN got some hands-off time with the game, citing bad camera controls but serviceable action. Players could intitiate co-op combos during combat, and upgraded parts can unlock special attacks. Spare Parts will run 800 MS Points on the Xbox Live Arcade Marketplace and $10 US on the PlayStation Network.