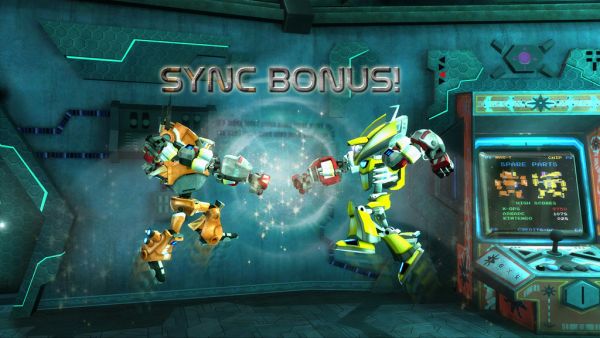 We've been curious about Spare Parts - EA's downloadable co-op platformer action game - since last summer. It looks like the PlayStation Network is going to be your first stop for all your mechanical needs; the game will be available tomorrow and Wednesday in the U.S. and EU (respectively), according to EA Bright Light.  The Xbox Live Arcade version isn't far behind, releasing worldwide on Wednesday.

US, the amount of playable robots - 8, Achievement and Trophy support, and that there will be a PSN demo available), as well as some less-than-riveting tidbits.

Gary's attention to the community and obvious enthusiasm for Spare Parts' release is promising, hopefully the gameplay is equally matched.  At a very reasonable price, let us know if you plan to order yours!