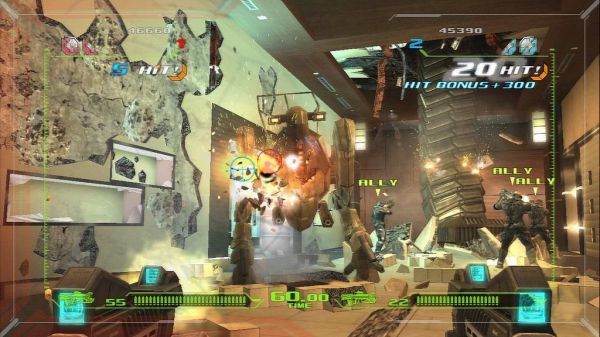 We already know that the PlayStation Move-enabled Time Crisis: Razing Storm will include two additional co-op shooter games, will support the GunCon 3, and will feature drop-in/drop-out for two players in shared screen format. The PlayStation Blog staff got some hands-on time with the game and reported a few extra tidbits.

First up is that the Arcade mode will allow unlimited respawns for both players. This should iron out the "my partner sucks" kinks that plague many two-player co-op game modes (looking at you, Modern Warfare 2). The second new revelation is that Razing Storm will have a single-player campaign and an online competitive mode for up to eight players; both of these will allow full first-person shooter control, a drastic departure from classic Time Crisis games.

Finally, the blog confirms that Razing Storm will support Move's vibration feedback. Check out the below gallery of screenshots for all three games included on the disc.