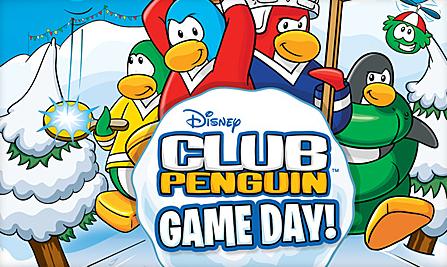 Club Penguin - the Disney Interactive franchise that started as a Flash-based online massively multiplayer role-playing game (MMORPG) - has made its way to consoles, first with two Nintendo DS spin-off games and now with Club Penguin Game Day! for the Nintendo Wii.

In Game Day! players will be able to compete and cooperate via splitscreen mode, and like the previous DS titles any coins collected will be saved not only to your Game Day! character...but can be uploaded to your Club Penguin MMO profile as well. The snowy island setting should be familiar to fans of the series, but with a winter sports twist. Look for Game Day! September 2010.