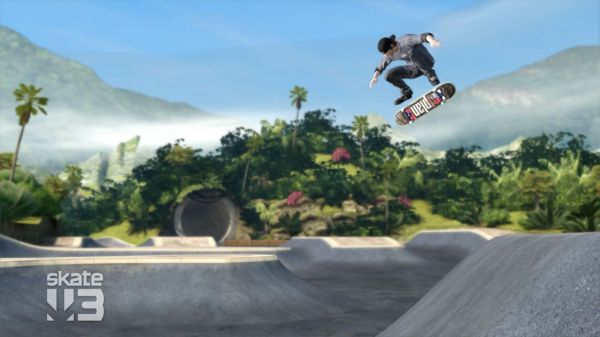 EA and Blackbox have announced a new set of downloadable content for the six player co-op game Skate 3.  Called Hawaiian Dream, the content adds new skate parks designed by Plan-B skateboarder Danny Way, a Danny Way in game character, tons of official Danny Way gear, and loads of new objects to create your own skate parks with all inspired by that little island in the Pacific ocean.

Along with all that you'll be able to earn new achievements and trophies through 25 new challenges.  If you've already seen everything there is to see in Skate 3 with your crew, you've got some downloading to do!  The DLC is out today for 560