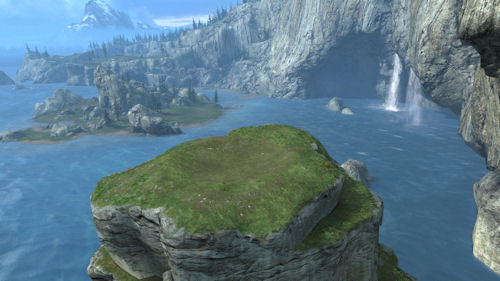 Bungie has unveiled a few new features for Halo Reach that, while not necessarily all co-op, are add quite a bit of value to an already impressive looking package.

The first bit of info is Forge World - the sequel to Halo 3's Forge map editor.  In Forge World players are given a huge map to work with that contains five or six distinct locations (one of them being a Blood Gulch replica) that players can carve up anyway they want to make multiplayer maps and modes.  Then using built in tools they can mold a map exactly how they want with infinite possibilities.  Seriously, watch the video posted below - it's quite impressive.

The second bit of info revealed is a new variation of their Firefight co-op mode called "Versus Firefight."  The mode is exactly like it sounds, pitting teams of players on opposite sides along with AI enemies against each other.  It's more of a team based versus with bots rather than a true co-op mode, but it should add some more longevity to the game.

There was one new co-op only variant revealed called  Gruntpocalypse.  It was described as "All grunts, all the time. Aim for the face."  Hopefully Grunt Birthday Party is included.