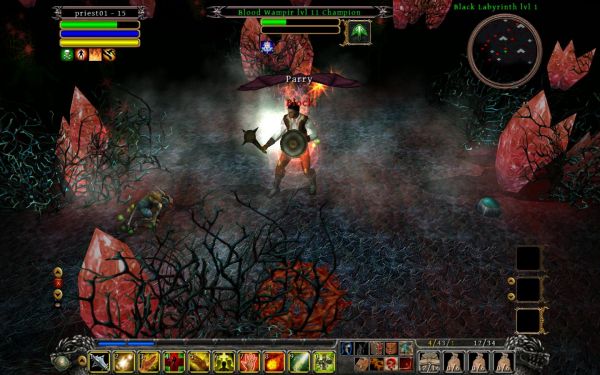 Din's Curse is an action/rpg, a la Diablo, and we think rather highly of it.  One of the flaws in the game at release was the graphics, but thanks to the latest patch, there are some big improvements in that area.

According to the Soldak Entertainment site, this latest  patch takes the game to version 1.005.  The biggest changes are improved effects and textures, as well as UI upgrades, which you can see in the picture above.  It's good to see another action/rpg hybrid being patched often; I think perhaps this dedication to improving the game runs in the family.  After all, consider how many times big brother Diablo II has been patched!