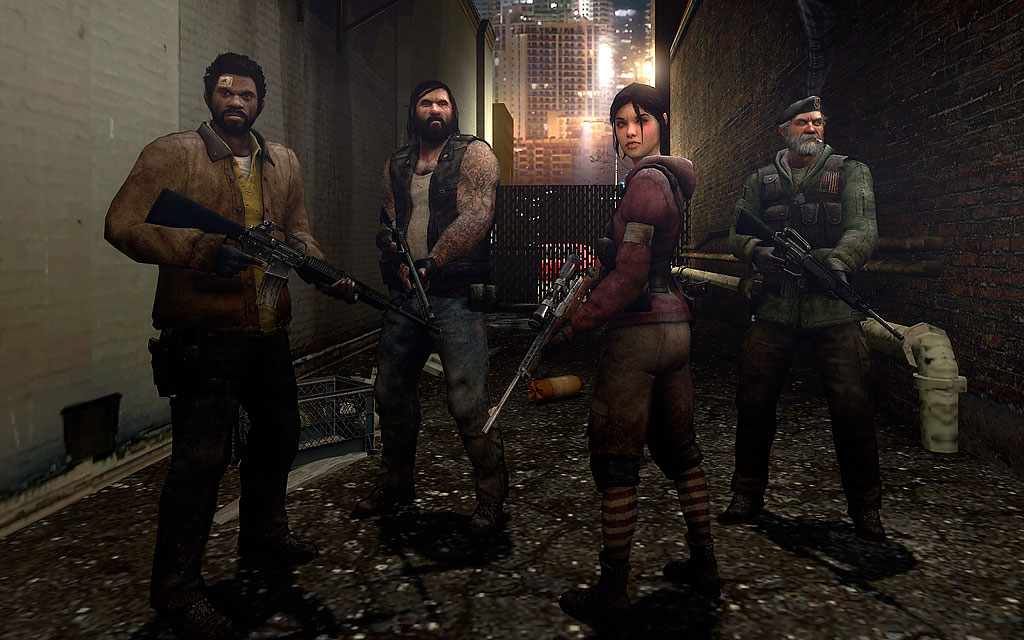 The crew at 1up have spent some time at Valve's offices playing Left 4 Dead. I know, I'm jealous, too. The crew has played the game and walked away with some interesting information, such as the fact that two of the game's levels are based on real-life cities (Philadelphia and Pittsburg). However, a more interesting tidbit of information was revealed to them. According to 1up, Left 4 Dead will have dedicated servers for the 360 version.

For anyone who doesn't know what dedicated servers are, the basic premise is this: servers are set up for one purpose, in this instance it is gaming. This means that your gaming experience will be nice and smooth, which is essential for a game like Left 4 Dead. A few other interesting tidbits were also discovered, like a co-op achievement for having no friendly fire mishaps. Well, it seems like Valve is just trying to get us all excited about this game. Anyone else just want them to get it over with and release it?