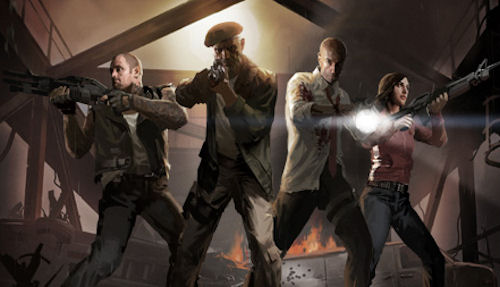 It's that time again. Time to take another long look at Left 4 Dead 2 poster art for a delicious taste of the upcoming DLC, The Sacrifice. This pack is a prequel to The Passing DLC that came out earlier this year, in which the new survivors ran into the original pack of four (including one tragic demise).

and free to all PC users.  There are versions for both Left 4 Dead 2 and the original Left 4 Dead.