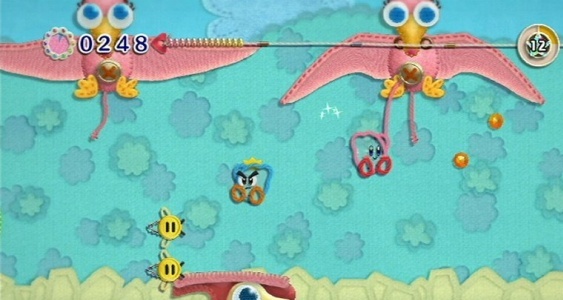 Kirby's Epic Yarn is one of those games that could potentially sell a Nintendo Wii to me...if I didn't already have one. The truth is: I do, and this may be the ticket to getting the duster out and seeing if the Wii still works.

The game is beautiful, using a style I don't think we've ever seen before. It's akin to stop-motion animation using craft materials...and I like it a lot. 1Up's latest preview likens the co-op in Epic Yarn to that of New Super Mario Bros Wii, minus the annoying player collision.

The preview also notes that the campaign includes lots of optional side missions meant to keep replayability high after the game releases on October 17th (U.S.). Keep reading to see a suitably endearing trailer.