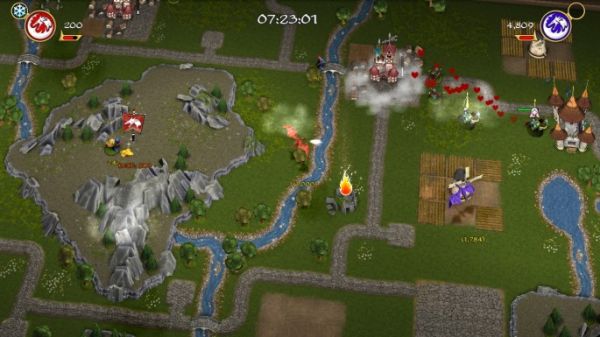 We've been squatting on this video link, hoping for a release date. As yet, however, none has been given. Hoard is a simplistic twin-stick shooter with real-time strategy elements - it looks very appealing, and appears to have a bit more depth than originally anticipated. None of the screenshots we've posted so far have truly let the game shine, so we're embedding a video below that showcases one entire co-op match.

You can also view a video of one multiplayer match at the PlayStation Blog. The game looks quite well polished; personally, I'm mostly excited to try the portable version. Hoard swarms the PlayStation Network for both the PS3 and PSP sometime this fall. We'll bring you pricing details when they're available.

UPDATE: Big Sandwich announced on Thursday that the game is ready for release and slated for November 2nd, with a price point of $14.99 USD. Thanks to user TimHitchings for the tip!