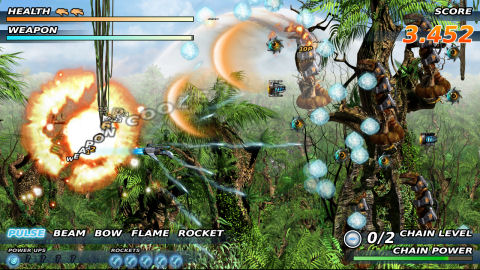 While top down shooters seem to be a dime a dozen these days, fans of side scrolling shooters like the classic game Gradius or the more recent Omega 5 haven't been so lucky.  Enter Soldner-X: Himmelssturmer.  I can't even begin to understand how to pronounce that, but my guess is it sounds something like saying Soldier Him Less Storm with a mouth full of bratwurst and beer.

The game is set for an October release on the PlayStation Network and will feature 2 player co-op play through the entire game.  Joystiq has a video of the game in action.  The PSN version of the game is actually an update to the 2007 PC version.   So what new features do you get?

The game looks absolutely gorgeous in motion...I just wish I could pronounce it.  Two additional screenshots are posted after the break. 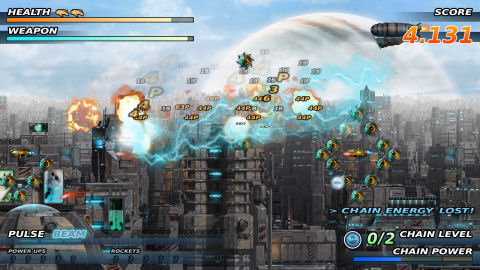 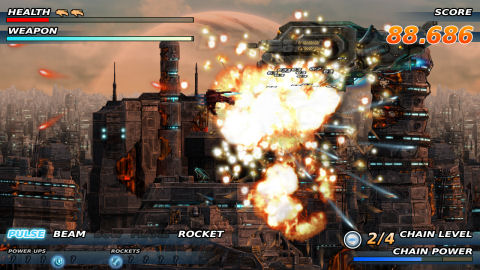