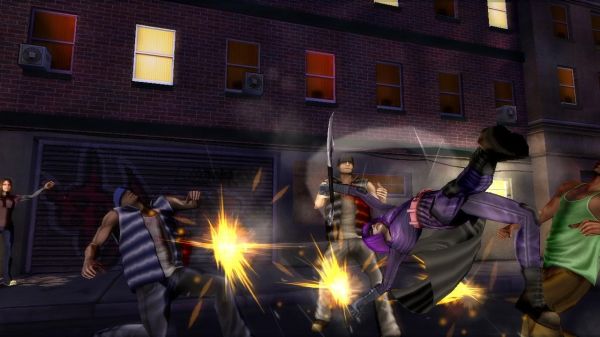 WHA Entertainment have announced a new version of their PSN brawler based on the Kick-Ass movie.  Kick-Ass New and Improved is an enhanced version of the two player co-op game we reviewed earlier this year.

The game's developer had this to say about the update:

"We are committed to continually updating and improving the game," said
Howard Horowitz, Founder and CEO of WHA Entertainment, Inc. "The great
thing about today's digital entertainment platforms is the ability for
developers to go back and update content for consumers who previously
purchased the game as well as new players."

The updates include a brand new level called "Frank's Night Club," new moves to use against bosses, tweaked and balanced AI, new enemies, new sound effects and better trophy support.  The game will cost $9.99, but if you already own Kick-Ass you can download the updated version at no additional cost.  Sweet, now that kicks ass!