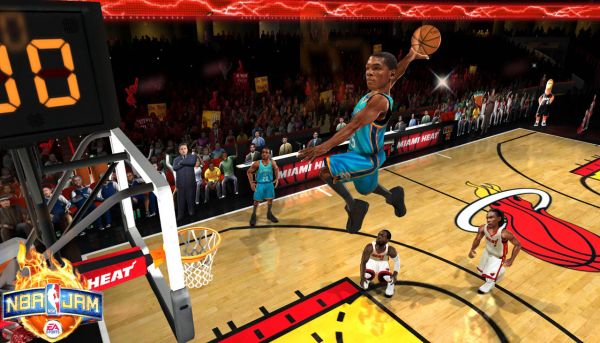 The Xbox 360 and PlayStation 3 versions of EA's NBA Jam are coming to store shelves on November 17th, but they will not include online support straight from the box. This will undoubtedly hurt sales, but EA has announced that they fully intend to patch in the online connectivity on launch day.

The Nintendo Wii version was very well received; the $50 U.S. price point didn't hurt, either. Fans will be glad to know that the Xbox 360 and PlayStation 3 versions will retail for the same price.  So despite another questionable use of two DLC platforms, consumers can still feel as if they've just hit a three-pointer from halfcourt.