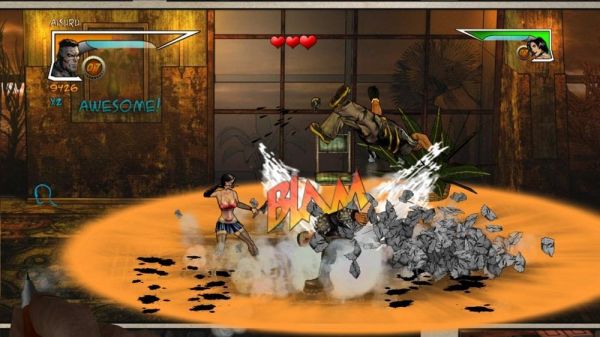 Unbound Saga was a PlayStation Portable title released last year that seemed to be co-op, but was sadly missing the feature.  Today the game is being released on Xbox Live Arcade.

Unbound Saga is set in a satirical comic book universe with over the top action and dialogue.   Players take control of either Rick Ajax or Lori Machete and beat up the endless swarms of thugs using the only weapons they know how - their fists.  Ok, so there's probably other weapons to use, but with a name like Ajax and Machete you know they don't really need them.

The game features local and online co-op for two players through the whole story.  We aren't quite sure what the story actually is, but we're pretty sure you need to punch some thugs in the face along the way.  I think Ajax and Machete will have no problem doing THAT.  Unbound Saga will set you back 800