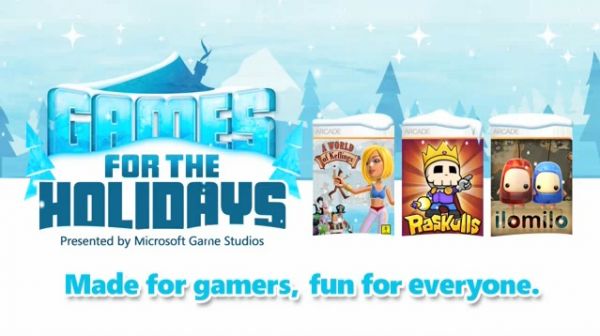 Looks like some co-operative wishes will be fulfilled this holiday season.  Microsoft is showing off some new co-op games in a a trailer for Xbox Live Arcade Games.  A World of Keflings, the sequel to A Kingdom for Keflings, and ilomilo, a unique 3D puzzler, have co-op play.  Raskulls may look co-op, but it is actually a competitive racing platformer.  What's interesting is the character crossover between games.  You can dress as, or play as, other characters in each game.  All three games have their own distinct art style, so the different iterations of each character are intriguing.  You can demo ilomilo now, but you will have to wait until December 22nd to get your hands on the others.