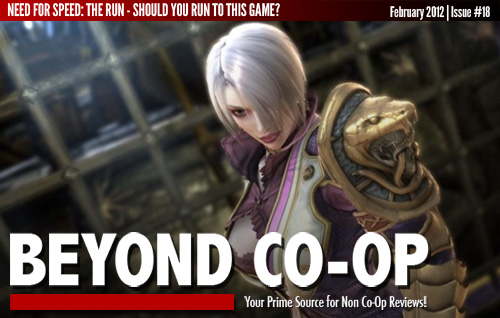 It's a new year and a new format for our Beyond Co-Op series of non co-op reviews.  The staff has started to post their reviews over in our Blogs section, giving them a little more freedom to write up a review for all the other games we play.  We've also tweaked our scoring to match those of our co-op games, but without a score for co-op.  We simply use the Overall Score scale.

This month we've got five reviews for your reading pleasure, mostly mopping up some remaining fall titles and touching on some of the newer titles that were released this year, mostly in the downloadable space.