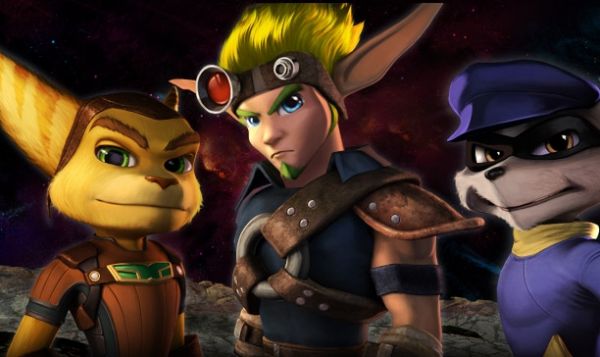 Jak, Sly Cooper, Ratchet - A whole mess of great heroes of the Playstation have joined forces just for the PSMove in Playstation Move Heroes. Sony hopes that you'll buy a Move for this release, we hope it's worth getting a move to play this one.

The game seems pretty straight forward. Something crazy is happening on Planet X, and it's up to the great names of Playstation to prevent it. It looks like the co-op may be a bit restricted as far as character selection, since the game will automatically select player 1's side-kick character for player 2.

For instance if I were player 1 and I select Jak, player 2 would automatically play as Daxter without a selection. As of right now that's basically all we know of the co-op, but it should be interesting to see what happens on actual release sometime in 2011.

Until then, enjoy these shiny new screenshots.