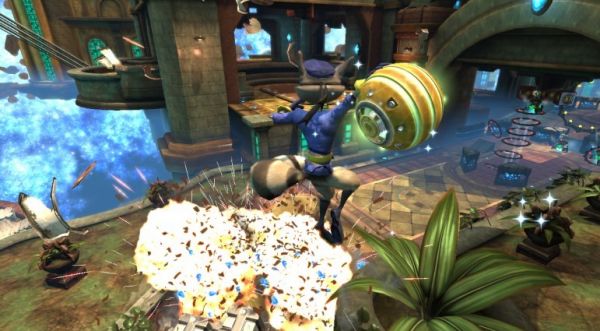 Previously known as Heroes on the Move, upcoming title PlayStation Move Heroes stars five of your favorite characters from Sony-branded platformers - it will be available from Nihilistic Software sometime in 2011. The game appears to be made up of mainly various types of shooting segments, and will feature two-player offline co-op.

Choose your team: Sly and Bentley from the Sly Cooper trilogy, Ratchet and Clank from the Ratchet & Clank series, or Jak and Daxter from...well, what else? The Jax and Daxter series. Environments are also inspired direcly by these three popular franchises. It looks like decent fun...and besides: who can resist anything with Sly Cooper in it?