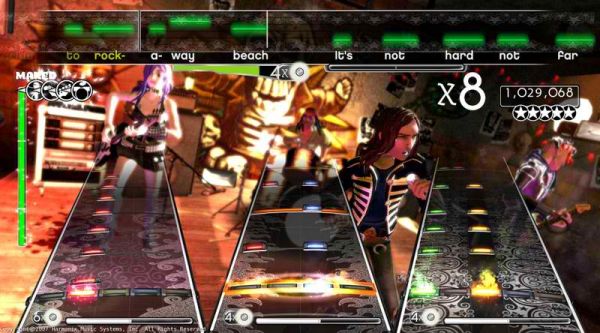 For fifty bucks you can get a music game developer.  That's way cheaper than buying a Rock Band or Guitar Hero bundle.  The investment group, Columbus Nova, reportedly paid Viacom $49.99 for Rock Band developer Harmonix.  The music game industry has been dying a pretty hard death over the past 18 months. When Viacom put Harmonix up for sale in November you could actually hear other publishers laughing at them. Viacom looked like that kid who is desperately trying to trade a banana for a snack pack at the lunch table. EA reps mentioned something to the extent of "catching a falling knife."  Clearly, Jack Burton doesn't work at EA.

Columbus Nova, which itself sounds like the name of a high school garage band, stepped up and forked over the Grant.  (That's whose on the fifty these days.  Yes, I had to look it up.)   You may be curious as to what comes in the fifty dollar Harmonix bundle.  Along with a music game developer you also get crippling debt, music rights fees, and the responsibility for warehouses full of unsold games and equipment.  Viacom reportedly will net as much as $150 million in tax benefits through the sale.  Columbus Nova must know something we don't, but they were to busy battling Sex Bob-Omb in a battle of the bands to be reached for combat.