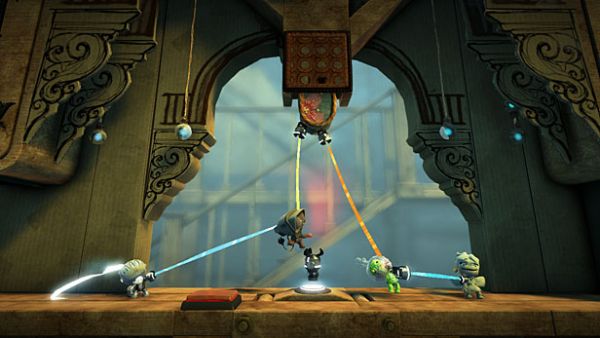 LittleBIGPlanet 2 will be available in one week, releasing to store shelves everywhere on January 18.  While the first game had a rather controversial launch, what with the song controversy and breaking the internet and all that, so far, other than a delay from late 2010 to early 2011, it's been smooth sailing for the sequel.  Another new trailer is out, and it shows off adventure mode.  There are some very cool new elements included, like top-down view areas, new vehicles, including tanks, and even a giant robot, which impressed me greatly.  Of course, there's lots of adorable Sackboy grinning and dancing too.  But seriously, a GIANT ROBOT; what else do you need to know?  Watch the trailer!