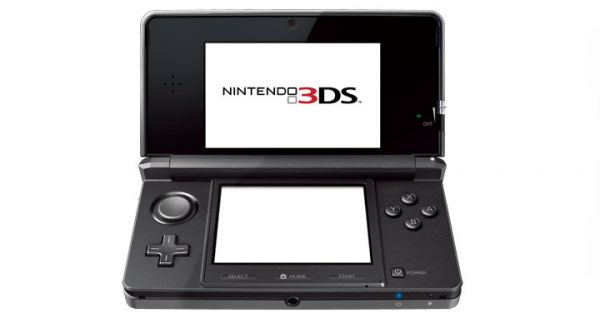 The Nintendo 3DS has gotten its launch price and details for North America and Europe.  You can expect to pay a cool $250 at launch for the system when its available on March 27th in North America.   Europe will be getting the system on March 25th, though each territory will set its own price.  Right now the UK is listing it for for £229.99.

There will be two colors available at launch, Cosmo Black and Aqua Blue.  The best news though for co-op gamers is that Nintendo has announced that its simplifying its online system - no longer will each title have their own friend code.  Instead, one friend code per system that works across all games.  Its still not ideal, but its tons better than the current implementation.

The 3DS contains an analog stick, A, B,X,Y buttons and a 3D Depth slider on the side to adjust the depth perspective on the top 3D screen.  Out of the box you'll get a web browser and a Mii maker tool.  You'll also be able to take 3D Video and 3D Photos with its camera.  The system will also including a pedometer and a gyroscope which allows motion control style gameplay.  There's a bunch of gimmicky little tech features in the software as well, but they should provide a nice distraction.  The software itself is upgradable via firmware updates which Nintendo plans to make use of to improve the system.

Nintendo expects around 30 3DS titles to be available between its March 27th launch and E3, which takes place the first week of June.  As of now its unconfirmed which titles will be available at launch, but a presentation made today in New York City talked about a few games.

First party Nintendo games include a remake of The Legend of Zelda: Ocarina of Time, a new Pilotwings  Star Fox, as well as a Kid Icarus title. They will also have a game called Nintendogs+Cats and a new submarine game called Steel Diver. From third parties you have: Super Street Fighter IV 3D, Dead or Alive, Resident Evil The Mercenaries 3D, and a Metal Gear Solid title.

Update - Here's the official list of games and some timing from Nintendo's press release:

During the launch window (between the March 27 launch date and the E3 Expo in early June) more than 30 games will be available to Nintendo 3DS owners. These include Nintendo-created games like Pilotwings Resort™, which has players soaring acrobatically over iconic Wuhu Island; nintendogs™ + cats, a new version of the Nintendo DS classic with a feline enhancement; and Steel Diver™, a side-scrolling submarine adventure that gives the illusion that the player is peering into an aquarium. Other Nintendo 3DS games in the works includeThe Legend of Zelda™: Ocarina of Time™ 3D, Star Fox 64™ 3D, Kid Icarus™: Uprising and new installments in the Mario Kart™, Animal Crossing™ and Paper Mario™ series.