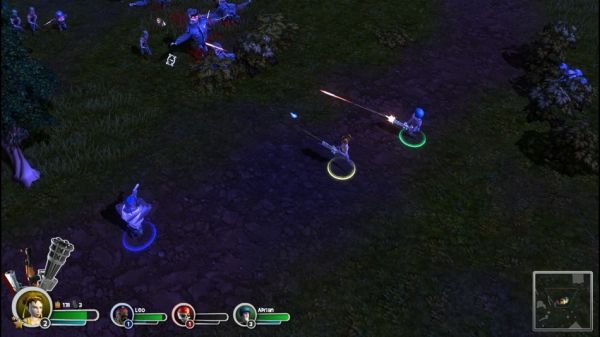 You are standing on a battlefield surrounded on all sides by your closest buddies; a troop of unlikely Allies from various nations locked and loaded. Your mission should you choose to accept it, is to wipe an alien force off of our planet. You are: a Bunch of Heroes.

It sounds quirky and a little bit insane, and - well, it is. Bunch of Heroes is heavily co-op based, and seems to be loaded up on the humor. Take a look for yourselves.

Bunch of Heroes appears to be the PC version of a twin-stick shooter with the way the players move, only they have a lot more style to them than simply walking in circle and shooting. In the video you’ll notice some dodge rolls, and special character attacks that give the human players a real edge in the battle.

The game is PC exclusive for now, but don’t be surprised if you see an Xbox Live Arcade incarnation at some point in late 2011.

I suppose we’ll see where we’ll be playing Bunch of Heroes in the near future - the more variety (and maybe cross-platform-ness, please) the better. Carry on, soldiers.