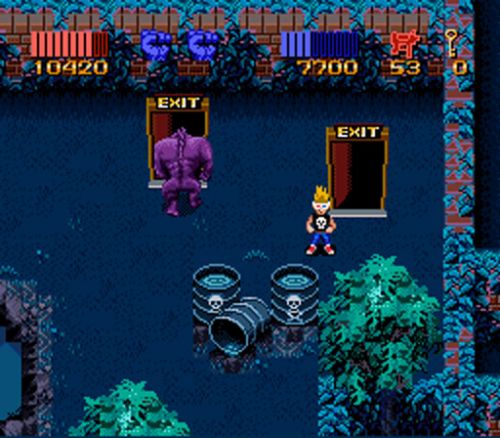 We've all heard of movies based on video games; Resident Evil and Prince of Persia are two recent examples, and of course there are the Halo rumors, too.  But the next big video game movie might not be inspired by relatively new games.  Apparently, a script based on SNES/Genesis era classic Zombies Ate My Neighbors is being shopped around.  It's described as "Superbad plus Zombieland plus Home Alone" which actually sounds like a pretty good movie, once you think about it.

We've covered Zombies Ate My Neighbors for Co-Op Classics a while back, and it really is a gem.  It's quirky, cinematic, and I think these elements will translate well into the cinema.  If you've never had the chance to enjoy it, the game is available on Virtual Console for the Wii.  It's defnitely worth checking out for 16-bit era fans.  Hopefully, we'll be able to see it on the silver screen soon, too!