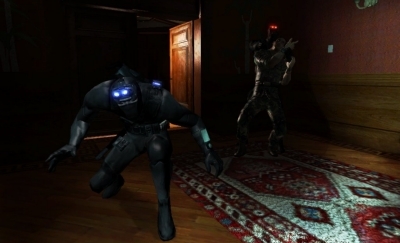 If you recall - all the way from way, way back last week - we reported on the announcement that the original Splinter Cell trilogy, including the co-op title Splinter Cell: Chaos Theory, would be released on Blu-Ray next month. I'll admit that I was slightly dismayed that it appeared to be exclusive to a console that I didn't own - the PlayStation 3.

The Entertainment Software Rating Board (ESRB) seems to have ousted some information that sends my blues into the shadows, up the main power conduit, and onto the ceiling rafters: the Splinter Cell HD Collection might be stealthing onto Microsoft's flagship console after all. I got dibs on the blue guy.