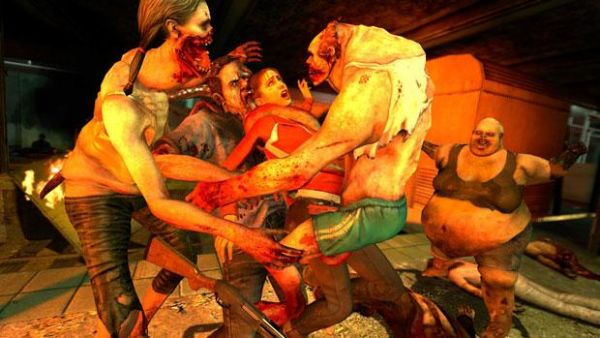 Readers may have thought that Valve had flogged an undead horse in terms of DLC when it came to Left 4 Dead 2; the excellent core game already has the added extras of The Passing and The Sacrifice.  However, as the developers were making new levels, so was the community.  Valve's eagle eye caught a community campaign called Cold Stream by user Matthew Lourdelet (2 Evil Eyes).  With the backing of the Half Life maestros, this campaign has been moved into official cannon and they are looking for other members of their community to hop on the Zombie Train.  You can now help in designing and developing some new DLC for Left 4 Dead 2 to be released on PC and consoles.

There are some rules that need to be followed, which can be found on the Left 4 Dead Blog, but they mostly consist of using the assets already included in the engine.  Additional sweetness to this already candy filled deal comes in the form of Valve converting the three remaining Left 4 Dead campaigns and including them as part of the new DLC.  This would mean you could now play all of Left 4 Dead 1 and 2 in the second game's engine.  To allow time for Valve to oversee the DLC, Cold Stream will be released sometime after Portal 2.