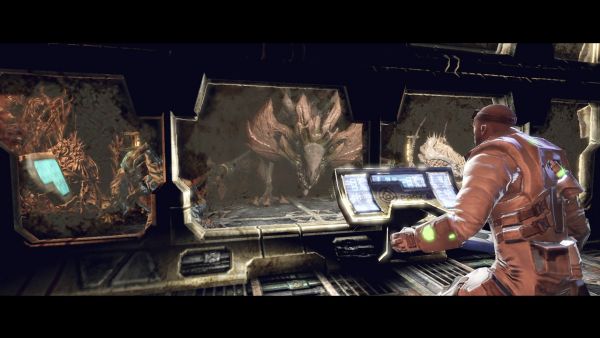 The finale of the Alien Breed trilogy has made its way to the  PlayStation 3.  Alien Breed 3: Descent is available for download on the PSN.  The game follows the exploits of Chief Engineer Theordore Conrad as he battles alien swarms on his beleaguered vessel, the Leopold.  The game feature co-op specific content where you and a friend can team up locally or online to battle through three different maps.

The Alien Breed series is known for its crushing difficulty, so much so that we gave Alien Breed 3: Descent a 2 out of 5 in our Co-Op review for the Xbox LIVE Arcade version.  This could be because the reviewer was a bit of a candy-a$$ who doesn't appreciate a good challenge.  If you are looking for a top down shooter that provides plenty of challenges, this may be the game for you.  Still on the fence?  Here's a launch trailer to help you decide.  Alien Breed 3: Descent is now available for the Xbox 360, PC, and PlayStation Network for 800 MSP or $9.99.