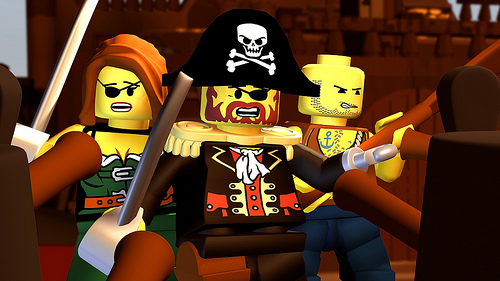 It seems to us that a motion controlled LEGO game would be different to the LEGO games we're making at the moment, in the same way LEGO Rock Band was.

With a plethora of LEGO-branded games (most of them very co-op friendly) behind us, and the upcoming Pirates game and LEGO Universe MMO, what do you think of the possibilities of a Kinect LEGO experience (and its co-op implications)?