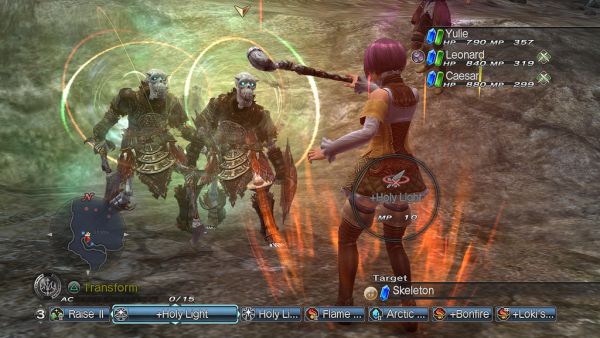 Early last year, after what seemed like an eternity of waiting, White Knight Chronicles was released in the USA.  I was somewhat disappointed in the co-op, as you can read about in the review, but it was a very good single player experience for the most part.  Level 5 has just announced that we'll be getting more White Knight Chronicles; in fact, not only will there be a direct sequel for Playstation 3, a prequel is coming to PSP, so you can power up into a giant White Knight on the go.

The PS3 release, appropriately titled White Knight Chronicles II, will feature a "fully dynamic, redesigned" combat syste, which was certainly needed.  Best of all, the online co-op has been expanded to six players!  The PSP version, White Knight Chronicles: Origins, is set 10,000 years before the first game.  In addition to the single player story, you can quest online with four friends.  We've got a small gallery of screenshots for you below.  No release dates for either game have been given, but we'll keep you posted as we get the details.